On November 28, 2018, the Rhode Island Center for Justice filed a federal class action suit on behalf of all Rhode Island public-school students, asserting that they have a Constitutional right to an education that is being denied in underfunded school districts. 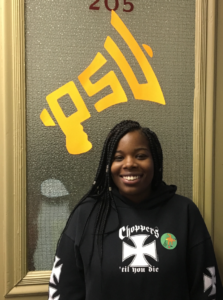 The lawsuit, which was filed with attorney Michael Rebell of Teachers College/Columbia University and Rhode Island attorneys Stephen Robinson and Sam Zurier, asks the federal court to affirm that all public school students are entitled to an education that prepares them to exercise their constitutional rights, including voting, exercising their free speech, petitioning the government, and actively engaging in civic life. In order to do so, the Center argued, public school students must receive an adequate education in civics, history, language, critical thinking, and media literacy and must get opportunities for extracurricular activities that teach civic participation and extracurricular skills.

While some Rhode Island students receive an education that prepares them for civic life, others—particularly those attending schools in low-income areas, and many English language learners—are being left behind. This is evidenced by the fact that only 39% of all Rhode Island students across grades 3-9 achieved proficient scores on the 2017 PARCC statewide achievement test in English. Only 22% of African American and Latino students and 23% of low-income students achieved proficient scores on those exams, compared with 49% of White students. In comparison with English language learners in 39 other states, students in Rhode Island ranked last in math and second to last in reading on the 2017 National Assessment of Educational Progress.

Aleita Cook, one of the students who filed this lawsuit, doesn’t believe that her school district, the Providence Career & Technical Academy, has prepared her for the future: “I don’t know what I’m supposed to know. We’re hoping we win this lawsuit and change it to where my younger brothers can have a really good education, and go into adulthood knowing how to vote, how to do taxes, and learning basic things that you should know going into the real world.”

Musah Mohammed Sesay, a senior at Classical High School in Providence and another student who brought this lawsuit, felt similarly: “We’re not getting the education we need to actively contribute to this country. The USA was built on values of freedom. If this country isn’t teaching students what they need to be free, then they’re failing students.”

Center for Justice Executive Director Jennifer Wood sees the lawsuit as an opportunity to start a broader conversation on education funding and quality in Rhode Island. “We intend to hold forums around the state asking Rhode Islanders, ‘what would you like to see improved about your public education system? Do your kids know what they need to do to know to vote, to sit on a jury, exercise their right to free speech, to participate in government?’ We’re going to do that the over the next year and a half regardless of the outcome of this litigation, so that if we do prevail — and we expect that we will — then we’re ready to go.”

“Are Civics Lessons a Constitutional Right? This Student Is Suing for Them,” The New York Times, Nov. 28, 2018.

“The Students Suing for a Constitutional Right to Education,” The Atlantic, Nov. 28, 2018.